The Browns Running Back Spot is Full of Stars, Can They Work Together to Reach Lofty Heights? 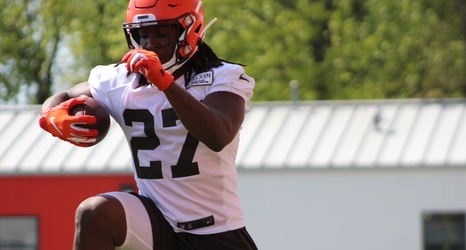 There has been plenty of speculation as to how touches in the Browns offense will go in 2019 with the likes of both Nick Chubb and pickup Kareem Hunt patrolling the backfield.

It’s well known that Hunt is going to miss half of the season after violating the leagues personal conduct policy,

Hunt took center stage on Wednesday, speaking to the media and admitted making mistakes and said he’s “doing everything I can to prevent something like that from happening again.”

The eight games are an audition of sorts for Hunt, who will again be a free agent following the 2019 campaign.