The best player to wear No. 23 in Browns history 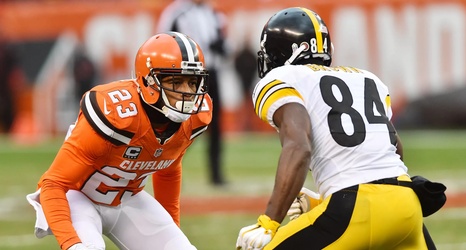 The Cleveland Browns were often their own worst enemy from 1995 through 2016 when it came to the first round of the NFL Draft.

But the Browns got it right in 2010 when they selected Joe Haden with the seventh-overall selection in that year’s draft.

While Haden may not have been worthy of being selected so high with players like safety Earl Thomas, guard Mike Iupati and wide receiver Demaryius Thomas still on the board, Haden did play well enough during his seven years in Cleveland to be our selection as the best player to wear No.