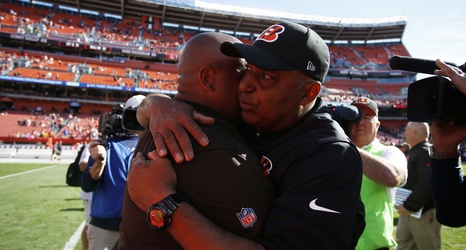 The Cleveland Browns owe a debt of thanks to their now embittered coach, ‘Hugging’ Hue Jackson. Hue kept the team together and got them ready to play every week despite mounting losses week after week.