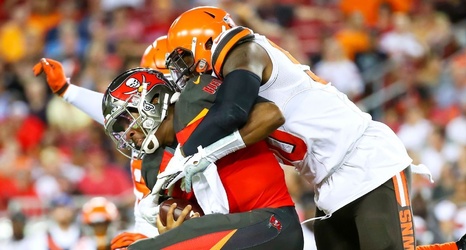 Smith had one tackle in nine games for the Browns. He was not active Sunday against the Pittsburgh Steelers, even though Cleveland was without defensive end Myles Garrett, who's suspended for the season.

Smith's girlfriend, Petara Cordero, was struck and killed by a driver on a highway in September.

A passenger, Cordero had exited Smith's vehicle after his 2019 Lamborghini had a tire malfunction and hit the median. The two had just had a daughter together the month before.