Scoop Dawg: Who will win the right guard spot? Our experts debate 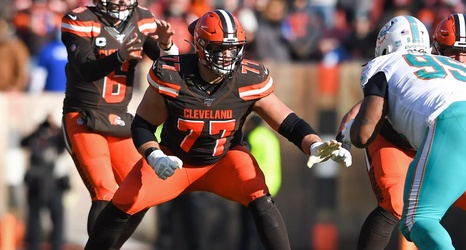 Before last season, the offensive line had Kevin Zeitler firmly at right guard. Although Zeitler had never been selected to the Pro Bowl, he was considered by many right on the cusp of such an honor. Then, he was shipped off to the New York Football Giants for defensive end Olivier Vernon straight up.

The reasoning for the trade was that the Browns already had the heir apparent to Zeitler on the roster with Austin Corbett. He was a second-round pick of Cleveland in the 2018 NFL draft and was supposed to become the eventual starter. Suddenly, the term “eventual” became “now” in one swoop of the trade stick.