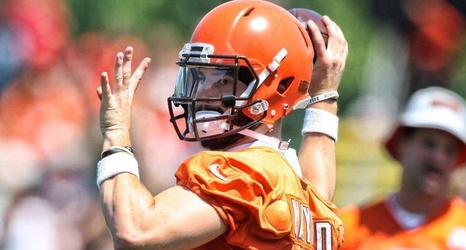 BEREA, OH – When it comes to whether or not the Browns should start No. 1 overall pick, Baker Mayfield, immediately, everyone has an opinion.

Plenty of Browns fans look back at the franchise’s well documented bad luck with young quarterbacks and feel no desire to rush Mayfield onto the field. Others would argue that he’s the best quarterback on the roster so there’s no sense in waiting.

ESPN’s Sal Paolantonio falls into the latter of those two categories.

“I had Baker Mayfield, from the beginning as the No. 1 player on my board, pre-draft,” Paolantonio said during an interview on Baskin and Phelps on 92.