Report: Browns may strike a deal with Jadeveon Clowney on Monday 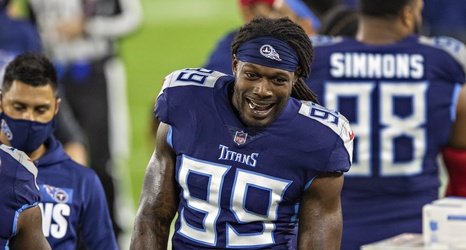 Cleveland Browns general manager Andrew Berry has been circling defensive end Jadeveon Clowney for the better part of his two offseasons on the job.

On Monday, Berry may finally land a deal with the veteran free agent.

Berry is reportedly working on arranging yet another meeting with Clowney for Monday, according to Josina Anderson:

I’m told the #Browns are working to arrange another visit with free agent edge-rusher Jadeveon Clowney for Monday, at this time, per source.

And if that meeting goes well, Clowney may not be leaving without a contract, according to Jonathan Jones, a senior NFL reporter with CBS Sports:

Clowney and the Browns met on March 24, which was the first opportunity for the two sides to actually meet face-to-face because of COVID-19 restrictions.