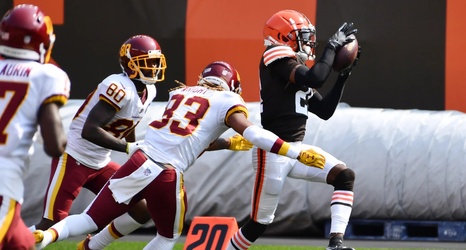 Cleveland Browns general manager Andrew Berry has been swinging a heavy hammer at the team’s defense during this offseason.

Since the Browns playoff run game to an end against the Kansas City Chiefs in the Divisional Round of the NFL playoffs, Berry has made additions at all levels of the defense, including:

All that work is an effort to give defensive coordinator Joe Woods the types of players he needs to prevent the likes of Baltimore’s Trace McSorley or Kansas City’s Chad Henne, plus a few more notable players, from converting on key third downs to help defeat the Browns.