Odell Beckham Jr. trade rumors have been shut down once again 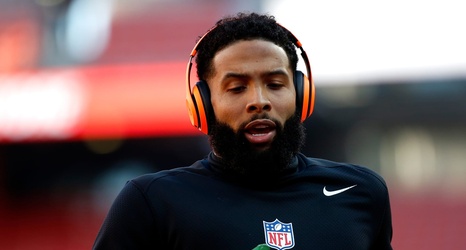 Cleveland Browns wide receiver Odell Beckham Jr. has been mired in trade rumors since the early part of his first season in the brown and orange. No matter how many times Beckham says he wants to be in Cleveland or the organization says they will keep him, the rumors always continue.

The rumor mill has recently been stirred up by former NFL linebacker Bart Scott, who said during his ESPN Radio show that Beckham is on the trading block, despite not citing any information to confirm the rumor.

Scott's comment compounds the rumors on social media that the Browns are discussing a Beckham deal with the San Francisco 49ers.