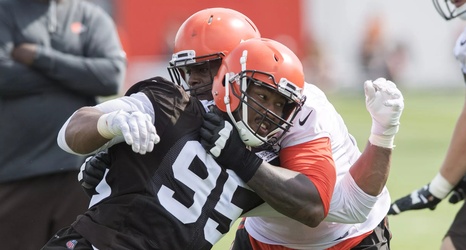 Joel Bitonio’s switch to left tackle before the Cleveland Browns preseason opener against the New York Giants is off to a good start.

He has been holding up generally well in his first action as an NFL left tackle.

Although it’s going to take some time for Bitonio to fully grasp all of the nuance involved with the position, and those kinds of lessons will be best learned in game situations, it isn’t impossible to believe he can successfully make the switch. Playing on the outside is not close to the same as the interior positions, but Bitonio is no stranger to the role after playing there in college.