Myles Garrett is out for Jacksonville game 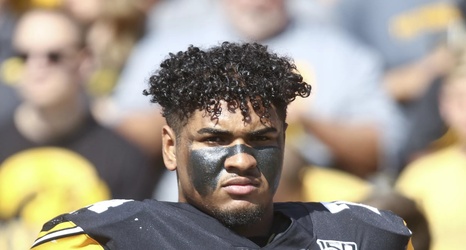 Cleveland Browns head coach Kevin Stefanski decided to rip the bandage off quickly on Monday, announcing that defensive end Myles Garrett will be out for Sunday’s game against the Jacksonville Jaguars.

It will be the second consecutive game that Garrett will miss after landing on the reserve/COVID-19 list on Friday.

The Browns survived Garrett’s absence on Sunday against the Philadelphia Eagles as the defense rose up to sack Philadelphia quarterback Carson Wentz five times, including three by defensive end Olivier Vernon.

They should be able to get by against the Jaguars as well as Jacksonville has allowed 30 sacks on the season.