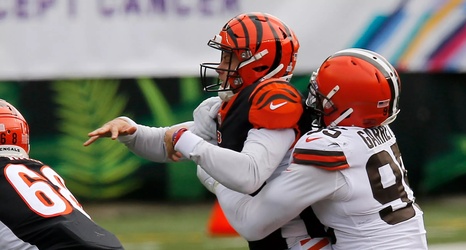 Cleveland Browns defensive end was selected on Thursday as the AFC Defensive Player of the Month.

The honor came after Garrett tallied six sacks during a month that saw the Browns go 3-1 and establish their intent to claim the franchise’s first playoff appearance since 2002.

AFC Players of the Month! (October)

In addition to his six sacks, Garrett forced two fumbles, had 14 tackles and a pair of strip-sacks, according to clevelandbrowns.