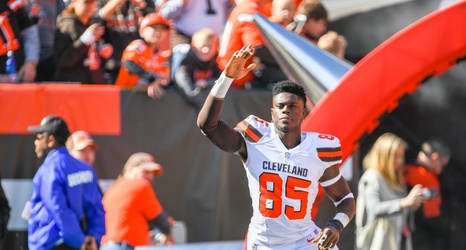 As soon as new Cleveland Browns head coach Kevin Stefanski made his way to Cleveland and stepped foot in the facility as the new head coach, he made a few things clear. One of those things? He wants an offense that can run the ball and use multiple tight ends.

As soon as free agency opened, the Browns were quick to jump on building an offense around Stefanski's new scheme. On the first day of free agency, the Browns signed former Atlanta Falcons tight end Austin Hooper to a four-year deal, making him the highest-paid tight end in the NFL.