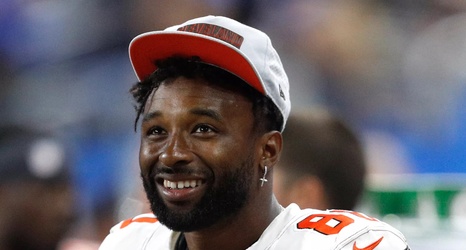 Cleveland Browns receivers caught just nine passes, Jarvis Landry grabbing seven of them, in Cleveland’s Week 1 tie with Pittsburgh. He finished with 107 yards on 15 targets, which doesn’t scream efficiency, but the ugly weather and some poor throws contributed to those missed connections.

According to Browns communications manager Dan Murphy, Landry now has recorded at least two receptions in each of his past 64 games, which is the second-longest active streak in the league. Antonio Brown leads that list with two catches in 101 consecutive games. Landry also extended his streak of least five receptions to 18 games, tied for the third longest in NFL history, with Brown also leading the way with 36 games—from 2013 to 2015.