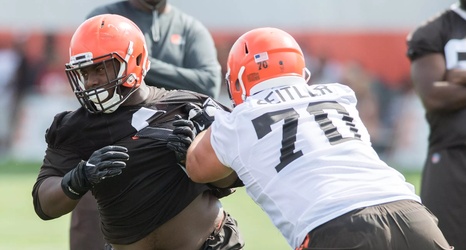 The Cleveland Browns were hit for the second day in a row on Thursday with a change to the offensive line.

But this time it was something outside the team’s control.

Starting right guard Kevin Zeitler missed practice on Thursday after suffering a calf injury during Wednesday’s practice. While the injury is reportedly not serious, Zeitler will be out for “a while,” head coach Hue Jackson said, according to clevelandbrowns.com: