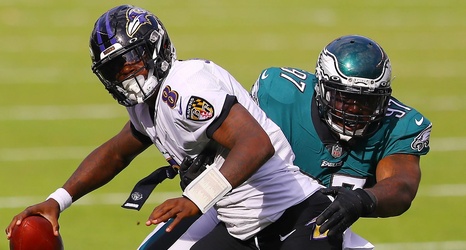 Browns’ GM Andrew Berry had a plan. He inscribed what the issues were with the roster last season and was determined to find solutions beginning with free agency.

Two of those positions he identified was defensive tackle, and swing tackle.

Being patient and deliberate, Berry this past week signed DT Malik Jackson from the Philadelphia Eagles and then Dallas Cowboys OT Greg Senat. Do these two players come into the fold as potential starters, or as needed depth?

The name Greg Senat may ring a bell with Browns’ fans. He was with the franchise for one month last season as a member of the practice squad and one of the final players added to this group.