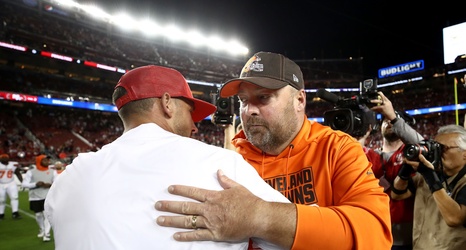 After five games played in the 2019 season, it’s become clear that the Cleveland Browns aren’t the team we expected them to be. Sitting at 2-3 following a complete dismantling at the hands of the San Francisco 49ers, Cleveland finds themselves with plenty of blame to pass around.

The offensive line has struggled to protect Baker Mayfield while Mayfield has also held the ball far too long and continues to make bad decisions when he does let it go. In their 31-3 loss on Monday Night Football, he was especially careless with the ball and went 8-of-22 passing with no touchdowns and three turnovers.