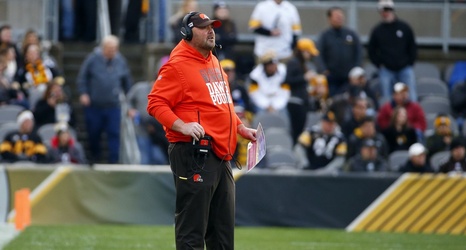 During the Cleveland Browns Week 12 victory over the Miami Dolphins, FOX's color commentator Daryl Johnston mentioned multiple times throughout the broadcast how the Browns will fall victim to a lull during a game, causing the opponent to get back in the game.

Despite getting out a 28-3 halftime lead against the Dolphins, the Browns had a lull in the second half. Whatever adjustments the Dolphins made at halftime created issues for Freddie Kitchens and the Browns. Cleveland eventually were able to get out of the lull and pull away from Miami.

But halftime adjustments reared their ugly head for the Browns once again during their 20-13 loss to the Pittsburgh Steelers on Sunday.