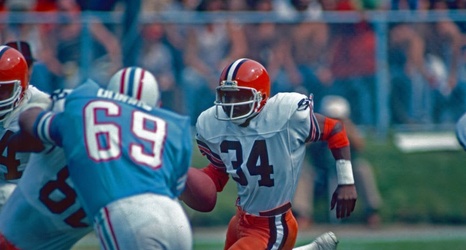 CLEVELAND, OH - SEPTEMBER 13: Running back Greg Pruitt #34 of the Cleveland Browns runs with the football against the Houston Oilers during a game at Cleveland Municipal Stadium on September 13, 1981 in Cleveland, Ohio. The Oilers defeated the Browns 9-3. (Photo by George Gojkovich/Getty Images)

A former Cleveland Browns running back is weighing in on the team after their recent win over the Philadelphia Eagles. Cleveland earned their second win in a row following their Week 9 bye and is now 7-3.