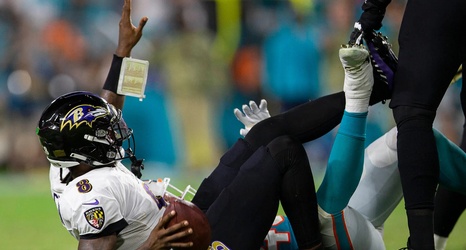 “Defending Lamar Jackson is easy, just stop him from running”

–Every Browns fan, about Lamar Jackson

Lamar Jackson has established himself as a running quarterback perhaps like the world has never seen. Randall Cunningham and Michael Vick were surely exceptional runners, but Jackson may be unique even in comparison to them.

As much as it pains me to compliment a baltimore raven, we have to recognize Lamar’s particular gifts in order to recognize that defending him is a unique challenge. We’ve often heard announcers speak of “bringing an extra guy into the box” to stop the ravens’ running game, but that is rarely enough to stop Jackson.