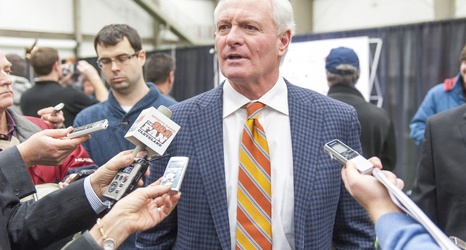 This feels like one of the longest coaching searches in recent memory — and the Cleveland Browns have had a lot of coaching searches. However, it's finally coming to a close, even if it doesn't feel like it.

On Friday, it felt like it was coming to a close as team owner Jimmy Haslam flew Josh McDaniels and his wife in for an interview. But nothing was ever finalized as McDaniels flew back home and then things got really confusing.

Not only did they send McDaniels back without a deal, but then they were reportedly setting up interviews with general manager candidates — which really have the Dawg Pound in a frenzy.