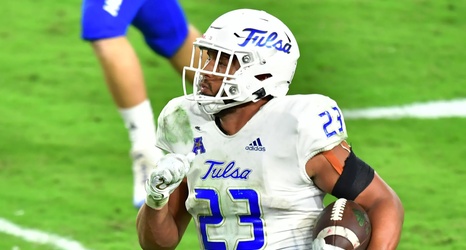 The Denver Broncos Von Miller and Lawrence Taylor of the New York Football Giants were listed as outside linebackers. Yet, neither rarely dropped back in coverage and in fact, they were pass rushing specialists. The same can be said for Tulsa’s Zaven Collins who could be the answer to the vacant left defensive end position. Collins is a freak of nature. Had 97 tackles in 2019 and 54 last year. He is a very good pass defending linebacker with explosive speed and can go sideline-to-sideline. Will be interesting to see if Browns GM Andrew Berry will want to bring in a guy like Collins since Anthony Walker was just signed in free agency plus the presence of last year’s rookie Jacob Phillips.