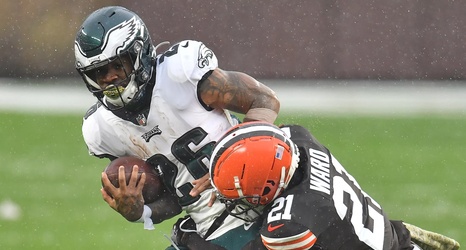 First it was to OG Wyatt Teller (who recently returned), and now it’s to CB Denzel Ward. Coming off one of the best games of his career, Ward suffered the calf injury at some point during the Eagles game, and an MRI on Monday confirmed that he will miss several weeks of action.

#Browns CB Denzel Ward expected to miss a few weeks with a calf strain, sources say. Tough one for the defense there.

Cleveland will already be without DE Myles Garrett this Sunday against the Jaguars, and SS Ronnie Harrison could be out as well.