Demetric Felton looks like a keeper at so many positions. Has he shown enough? 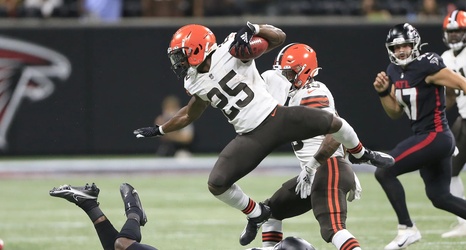 One thing that Browns head coach Kevin Stefanski loves is versatility. He adores it. He craves this. It’s his BFF.

All across Cleveland’s roster there are guys who are able to assume different positions and play under separate roles.

On the offensive line, Nick Harris is able to play both guard positions and is the backup center. In the game against the New York Football Giants, guard Blake Hance started the game at center as well. Chris Hubbard has played right offensive tackle predominately since he was drafted into the league, but now is slated as the swing tackle which means he has to be ready to play either side.