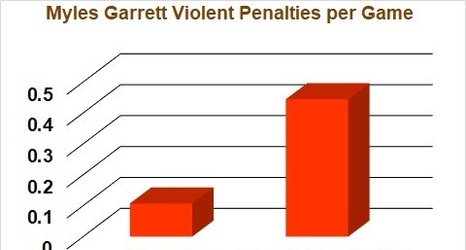 The Dawg Pound should support Cleveland Browns defensive end Myles Garrett, and welcome the star player back when the time comes. Up to this point he has represented his team and his adopted town with class and grace. He is one of the greatest athletes we have seen in this generation.

This isn’t to say that Garrett should be considered blameless, or that his actions last Thursday night are in any way acceptable.

In America, if someone screws up badly enough, they get punished by the legal system. In some cases, they serve time in an institution.