David Bell just could be this year’s new slot receiver 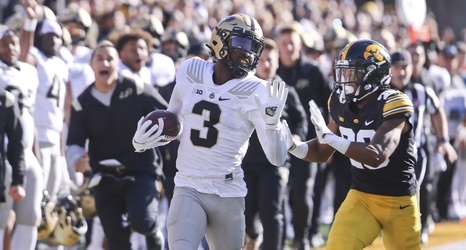 To say that Cleveland was in need of some new receiver help is not news to anyone in the AFC North. Before the Deshaun Watson trade, the Browns were earmarked to take a blue-chipper with their 13th pick in the first round.

Instead, GM Andrew Berry packaged that pick in the trade. He then traded down from the #44 slot in the second round and suddenly had three picks in Round 3. With their final pick in this round at #99, Cleveland took WR David Bell of Purdue.

Going into 2022, the offense was suddenly without a slot guy with OBJ gone and to some degree Jarvis Landry.