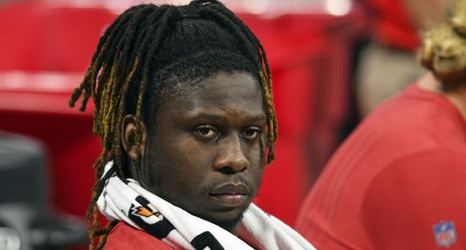 Takk McKinley is destined not to play for the Cleveland Browns

The days of the Cleveland Browns landing any player they want via waivers are no longer. In fact, the 7-3 Browns now can’t seem to land a player even when given three tries.

Former Atlanta Falcons first-round pick Takkarist McKinley was recently waived and then landed with the Cincinnati Bengals — who were ahead of the Browns on the wire, so they landed him despite Cleveland’s attempts.