Curtis Weaver: Why is everyone talking about him? 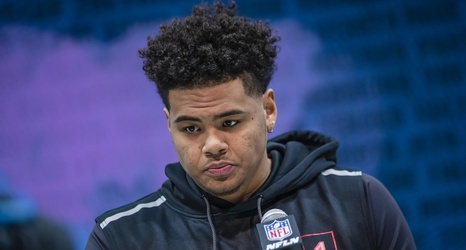 And did you hear that the player they absconded just might be the answer to the right defensive end position as a stud pass rusher?

Curtis Weaver. Yeh, that’s his name. Never heard of him? Really? Well, let’s take a look at this young man.

In last year’s NFL draft, the Miami Dolphins drafted Weaver in the fifth-round as an EDGE rusher out of Boise State. Weaver (6’-2”, 265 pounds) had the college football production numbers that should have vaulted his draft status earlier than where he was drafted.