Cleveland Browns: Where do we go from here? 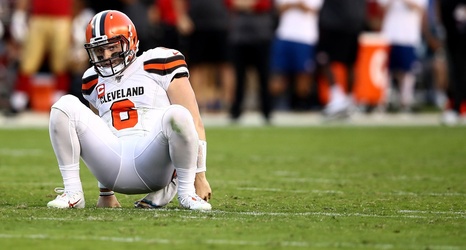 The Cleveland Browns just lost to the Pittsburgh Steelers' third-string quarterback. Yes, you read that correctly. The Browns winning streak came to a halt at just three, and it seems that their season is on the cusp of being considered "lost."

With such high expectations during the spring following the trade for wide receiver Odell Beckham Jr., it's easy as a fan to be disappointed in where the team has been this year. From the lackluster offensive play during the first half of the season by a star-studded offense, to now having to watch a defense that has been ravaged by suspensions, injuries, and players not playing due to coaching decisions, it's hard to measure where this team truly is.