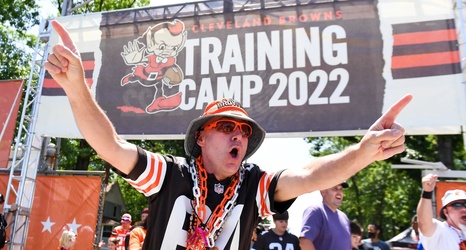 Here is Tuesday’s practice report for the Browns from Berea:

1. Conklin Returns to Team Drills: There are mini-milestones for key players during camp, just like when CB Denzel Ward took part in some individual drills on Monday. On Tuesday, the big news was that RT Jack Conklin had progressed beyond that and began taking part in team drills — so maybe things won’t be so easy for DE Jadeveon Clowney in practice now!

2. York Continues to Deliver: Cade York was honored with the Maurice Bassett Award, which is given to the top rookie in Browns training camp each year.