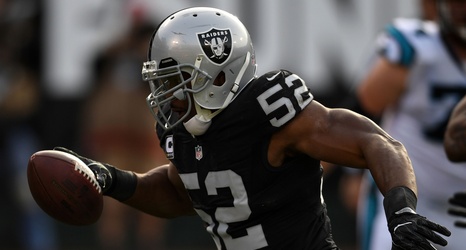 Suddenly things don’t seem so easy for defensive end Khalil Mack and the Oakland Raiders. While their contract dispute never really was easy, it always seemed like it would at least get done, but now that he’s missing camp it seems less than likely. With that being the case, trade rumors are starting to swirl and the Cleveland Browns would be wise to get involved with those rumors.

While it would be simple to say the Browns make sense because they have the cap space to pay him, that’s not where it all ends.