Cleveland Browns still have an unrealistic path to the postseason 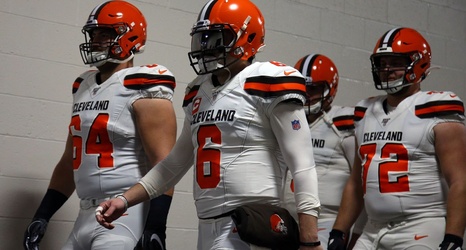 Following their Week 13 loss to the Pittsburgh Steelers, the Cleveland Browns playoff hopes appeared to have disappeared. Now at 5-7 and falling another game behind the Steelers for the final AFC wild card spot, it is difficult to imagine the Browns having any path to the playoffs.

The Browns now sit behind the 9-3 Buffalo Bills, two 7-5 teams (Titans and Steelers), and two 6-6 teams (Colts and Raiders). With this many teams ahead of them for the two wild card spots, the Browns would not only need to win out this season, but they would also need a lot of help.