Cleveland Browns should be cautious about Nick Chubb contract talks 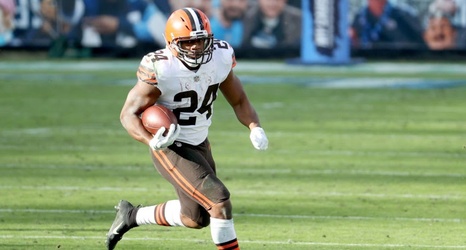 NASHVILLE, TENNESSEE - DECEMBER 06: Nick Chubb #24 of the Cleveland Browns carries the ball against the Tennessee Titans in the third quarter at Nissan Stadium on December 06, 2020 in Nashville, Tennessee. (Photo by Andy Lyons/Getty Images)

The Cleveland Browns need to be cautious when deciding whether or not to sign running back Nick Chubb to a long-term deal.

The former Georgia Bulldog is entering the final year of his four-year rookie contract. The Browns have had it made over the last three seasons and have it made for the upcoming season as Chubb is a low cap hit.