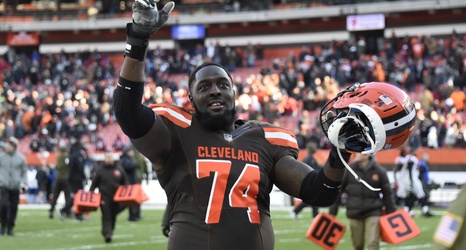 The Cleveland Browns and Chris Hubbard reportedly came to an agreement on a contract restructure, first reported by NFLTradeRumors.com. Details of the contract have not been announced by the club but this means that Hubbard will likely stick around to compete for the open right guard spot or backup swing tackle position.

Hubbard took a significant paycut with his restructured pay cut, as Field Yates of ESPN reported that it is a reworked two-year deal for Hubbard. Hubbard can also void the second year of his deal if he plays at least 90 percent of Cleveland's snaps this season.