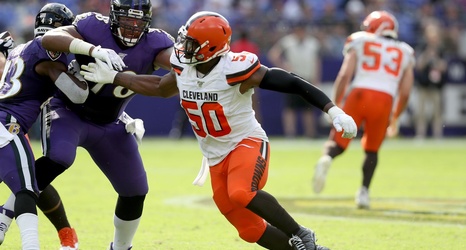 The Cleveland Browns released veteran defensive end Chris Smith on Tuesday, according to Mary Kay Cabot of Cleveland.com. Smith was in the middle of the second year of a three-year, $12 million deal he signed with the Browns during the 2018 offseason.

Smith has played in nine games for the Browns this season, but only 18.25 percent of the team's defensive snaps. In that limited time on the field, the 27-year-old has only made one total tackle, one quarterback hit, and one pass defensed.

Since signing with the Browns, Smith has not made a big impact for the Cleveland defense.