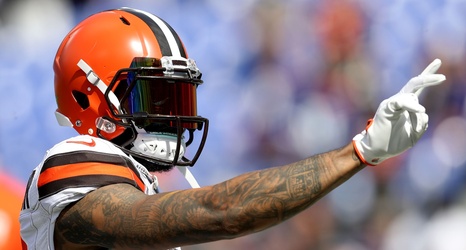 The Baltimore Ravens lost to the Cleveland Browns, 45-20, but they did not choke, or at least Marlon Humphrey did not choke Odell Beckham Jr., according to the Ravens’ website.

Oddly, another article on the same Ravens website quotes Humphrey as apologizing to OBJ: “I ran into him after the game and apologized. That’s not really the brand of football I want to represent. [After] the whistle blows, it’s got to be over with.”

Now, let us be clear. No one was choked to unconsciousness during the game, and neither of the combatants was injured so severely that they will miss a game.