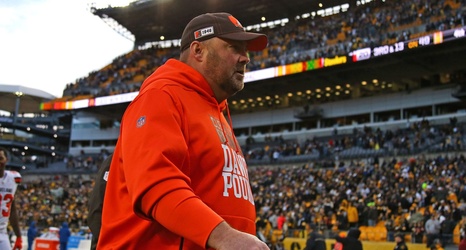 Once again, the Cleveland Browns dropped a close game. After taking a 10-0 lead over the Pittsburgh Steelers, they surrendered 20 unanswered.

Cleveland would get just one more field goal before seeing time run out on them. The result was a 20-13 loss to the hated Pittsburgh Steelers.

Now at 5-7, they have four games left to try and finish the season without a losing record. But that's not what most people are talking about. Instead, the talk is once again centered around Freddie Kitchens' shirt.

His 'Pittsburgh started it' shirt drew a lot of criticism leading up to the game and afterward, the Steelers had a lot to say about it as well.