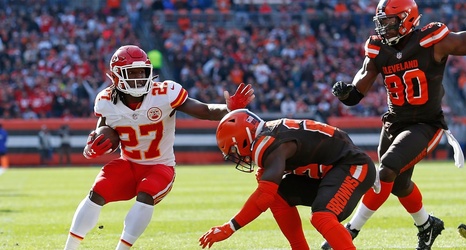 The Cleveland Browns (2-4) returned to practice on Monday in preparation for their matchup with the undefeated Super Bowl champions, the New England Patriots. Things haven’t gone the way the team had hoped, but if there is something to clamor about, it’s the way Nick Chubb has been dominating in the run game.

Chubb is fourth in the league in yard per game with 101.7 and among running backs with at least 100 carries he’s second with 5.3 yards per carry. Things just got a little better for the running back room in Cleveland as Kareem Hunt was permitted to practice with the team.