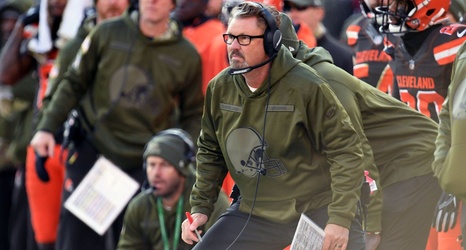 Cleveland Browns head coach Freddie Kitchens is a very likeable guy and Cleveland fans seem to love him, but his job is in jeopardy because he is producing less than his predecessor Gregg Williams. The 2019 Browns are much more talented than the team Gregg Williams took to a 5-3 finish last year, but the Browns are sputtering at 5-7.

When Hue Jackson was replaced by Williams midway through the 2018 season--while at the same time Freddie Kitchens became offensive coordinator--there was an immediate turnaround. The team that gave up 33 sacks in the first half suddenly became nearly invincible, giving up only five sacks in the second half of the season.