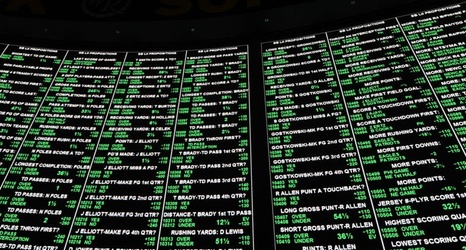 LAS VEGAS, NV - JANUARY 26: Some of the more than 400 proposition bets for Super Bowl LI between the Philadelphia Eagles and the New England Patriots are displayed at the Race & Sports SuperBook at the Westgate Las Vegas Resort & Casino on January 26, 2018 in Las Vegas, Nevada. (Photo by Ethan Miller/Getty Images)

The sportswriters like the Browns offseason, and the oddsmakers agree.

It’s one thing if sportswriters at Dawg Pound Daily are excited about Cleveland Browns signings, but quite another if the betting lines are moving in response to moves that the Browns are making.