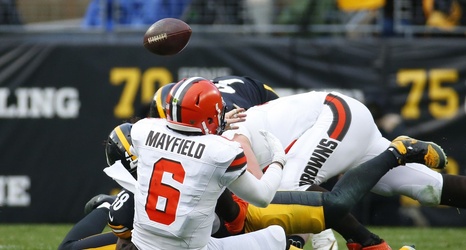 The Cleveland Browns came out firing on all cylinders in their opening drive versus the Pittsburgh Steelers. The 13-play sequence that culminated in an Austin Seibert field goal was an even mix of run and pass.

They came away with only three points on the drive, but it was evident that they were going to be able to move the ball up and down the field.

During their third series of the game, the offense went to work. The drive started with two passes but then the Browns ran the ball six straight times, five of those runs being Nick Chubb gashers.