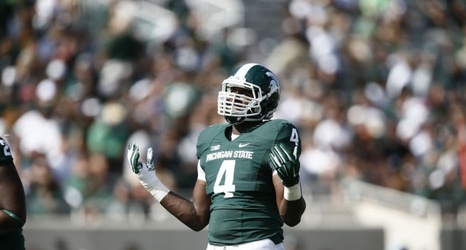 EAST LANSING, MI - SEPTEMBER 27: Malik McDowell #4 of the Michigan State Spartans during the fourth quarter of the game against the Wyoming Cowboys at Spartan Stadium on September 27, 2014 in East Lansing, Michigan. (Photo by Rey Del Rio/Getty Images)

The Cleveland Browns are taking a calculated risk on defensive lineman Malik McDowell. Could it actually pay off?

If there’s one thing we’ve learned about Cleveland Browns general manager Andrew Berry over his first two offseasons on the job, it’s that everything he does is intentional and well-researched. He does not make moves on a whim, nor does he bring in players without turning over every single stone in an effort to learn about who they are.