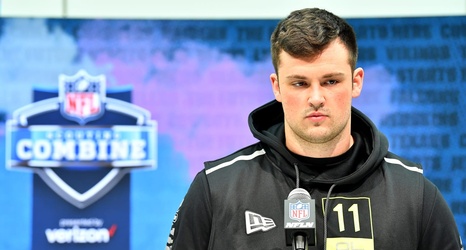 It's no secret that the Cleveland Browns are in desperate need of a starting left tackle. While their moves in free agency helped sure up a few weaknesses, including the right tackle with the addition of ex-Titan All-Pro Jack Conklin.

It appears the opposite tackle will have to be addressed via the NFL Draft. The answer may come in the form of Ezra Cleveland.

The Browns currently hold the tenth pick in the draft and most mock drafts have at least one of the consensus top four tackles, Tristan Wirfs (Iowa), Jedrick Wills (Alabama), Mekhi Becton (Louisville), and Andrew Thomas (Georgia), falling that far.