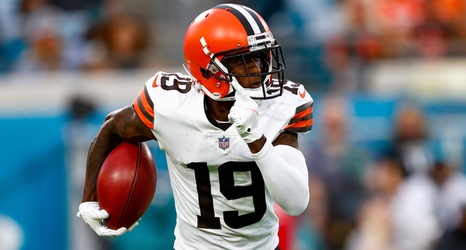 CLEVELAND, OHIO - AUGUST 22: Defensive tackle Malik McDowell #58 of the Cleveland Browns watches from the sidelines during the second half against the New York Giants at FirstEnergy Stadium on August 22, 2021 in Cleveland, Ohio. The Browns defeated the Giants 17-13. (Photo by Jason Miller/Getty Images)

The Cleveland Browns preseason finale will take place in Atlanta and these three players find themselves on the roster bubble, fighting for a job

It’s the final week of the preseason as the Cleveland Browns are preparing to face off with the Atlanta Falcons.