Chris Hubbard staying with Browns via new contract. What are the team’s plans for him? 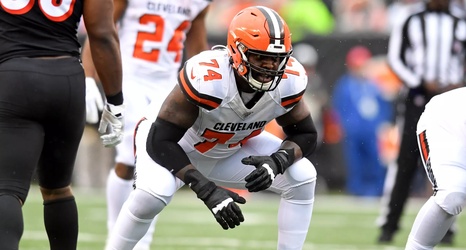 Last year, the offense sputtered and floundered. Every game it was either multiple penalties, turnovers, dropped passes and poor offensive line play. And at the center of all of this mayhem was right tackle Chris Hubbard.

At season’s end and a disappointing 6-10-0 record, there wasn’t a single Browns’ fan that would have predicted that the team would retain Hubbard’s services. His salary was also a concern: $6,150,000 a season for being rewarded for bad play with a cap number that exceeded $7 million. By simply cutting him, the club would realize a cap savings of $4,868,750 and could bring in somebody else.