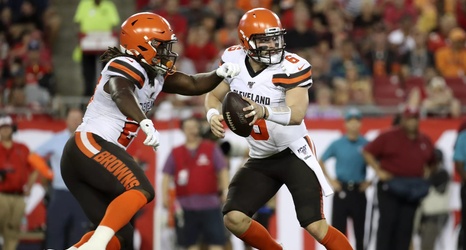 The Cleveland Browns welcomed back running back Kareem Hunt to practice on Monday after Hunt was cleared by the NFL to rejoin the team while completing his suspension.

In March, Hunt was suspended for the first eight games of the season for a violation of the league’s personal conduct policy. Hunt was previously employed by the Kansas City Chiefs when a video of him surfaced showing him kicking and shoving a woman at the Metropolitan Hotel in Cleveland in February of 2018. The video went viral and Hunt was questioned about it by the Chiefs, and then subsequently released despite his evident athletic abilities.