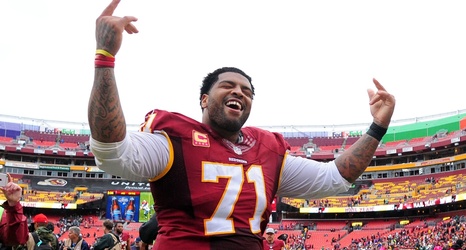 Redskins left tackle Trent Williams is reportedly back in the mix for the Cleveland Browns.

According to Cleveland.com's Mary Kay Cabot, the Browns have continued to explore a trade with the Washington Redskins to land Williams, a seven-time Pro Bowler.

The issue with Williams is that he will be 32 years old when the 2020 NFL season begins. Also, he is set to hit unrestricted free agency next weekend as is seeking an extension. Furthermore, has not played a complete season since 2013, when he was 25. He also did not play at all last season.