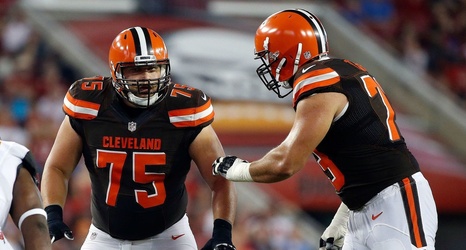 They tried. In March they signed former Steeler tackle Chris Hubbard. Hubbard primarily played right tackle, which is where he’s found himself throughout training camp, but his presence freed up Shon Coleman to make a make the move to left tackle after taking some reps there when Thomas went down last season.