Browns shift from salvaging this season to saving this era 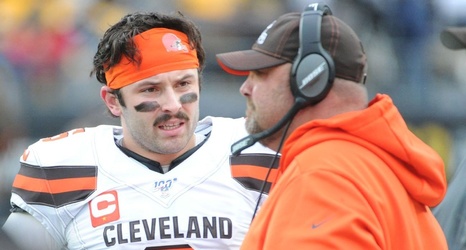 The junior-varsity Pittsburgh Steelers, headlined by a once fourth-team quarterback who couldn't defeat Youngstown State while in college, defeated the other team in Northeast Ohio, which fell in Pittsburgh for a 16th consecutive time. That's the third-longest road losing streak to a single opponent in NFL history, tying the Browns' other ignominious losing spell against the Steelers from the 1970s and 80s.

Mathematically, the Browns' playoff hopes aren't quite toast yet. At 5-7, the ESPN Football Power Index still gives them a 5.