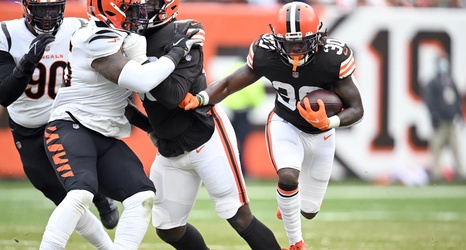 Cleveland Browns running back D’Ernest Johnson has a new agent after signing with Rosenhaus Sports Representation.

The news came out on Tuesday on Twitter straight from agent Drew Rosenhaus himself.

This would normally be the type of minor move that would appear in what the old-timers remember as the agate section of the daily sports page, but in Johnson’s case, it may have a bit more significance.

The Browns placed a right of first refusal tender on Johnson, who is a restricted free agent in March that would pay him $2.